Families are part of our community. Kids activities coincide with adult classes.

Feel the vibrations move through your body while exploring your breath.

Four prepared vegan meals and snacks along with coffee and tea all weekend.

Come as you are and find what you need from masterful healers in our healing village.

We’ll create a utopian commUNITY in the woods of southern Missouri for a weekend, playing and elevating our vibrations with live music, entertainment and creative class offerings at Camp Taum Sauk’s 145-acre property on the Black River. National touring musicians performing throughout the weekend. Campfire sound jams into the evenings. Community includes family. Kids activities included all weekend. Many paralleling the movement and yoga classes for adults, so parents can be more present. Yoga and movement classes led by outstanding teachers from around the U.S. and include everything from AcroYoga to Yin. Find our Healing Village filled with ways for you to further your journey toward that higher self. We go to great lengths to recycle our waste and procure a good portion of our food from local farmers. Your retreat price includes four prepared vegan meals, snacks, coffee and tea at this festival for all.

You may choose to practice yoga indoor or out, frolic in various outdoor and lake adventures, experience acro yoga, belly dancing, buti and hooping, combine yoga with journaling, and / or try out your circus skills and fly on a lyra, all with lots of love and laughter. Come find your vibe with a weekend of conscious music, centering friendships, joyful play and nourishing food. Accommodation options range from DIY tent camping, platform tents, to bunking in air conditioned lodging. Paths for cycling, trails for hiking, water for floating, even rocks for climbing are all on the property just a 2 hour drive from St. Louis.

Creative class offerings for everyone in the family, including ecstatic dancing, breathwork, acro yoga, aerial skills, yin, hooping, qigong, gong healing, meditation and new this year, a speakeasy with presentations & workshops offered by thought leaders from around the country. 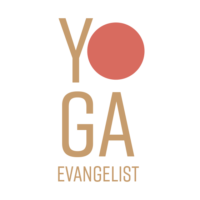